Is ChatGPT Really Going To Shake Up The AI World? 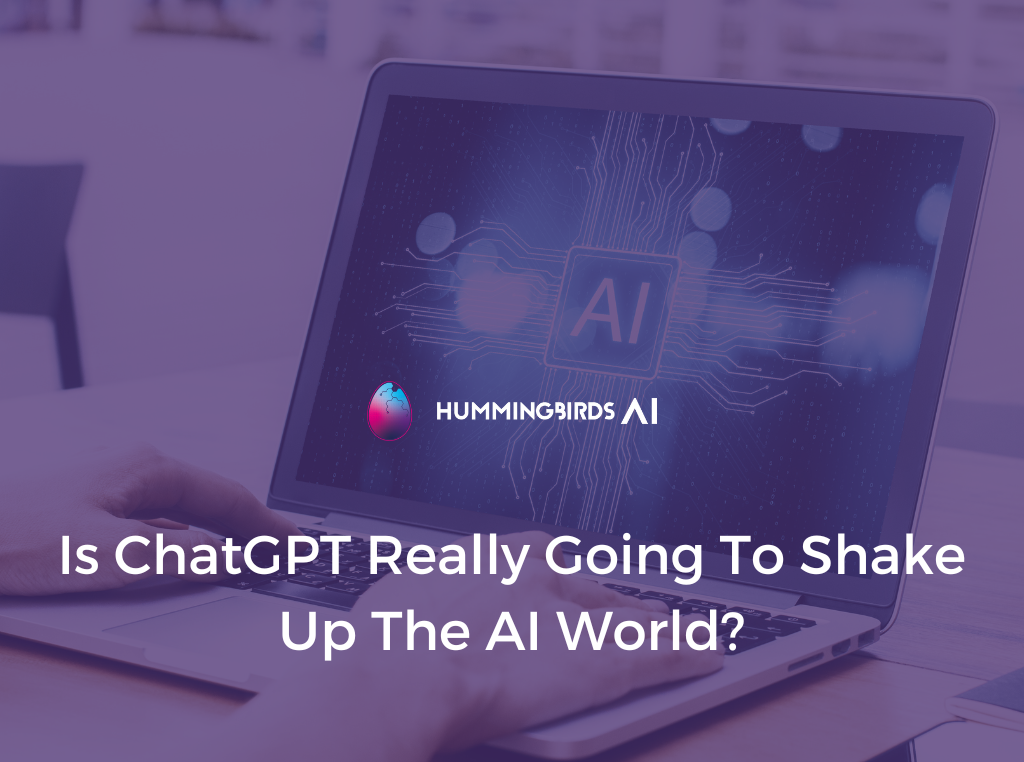 “The dialogue format makes it possible for ChatGPT to answer follow-up questions, admit its mistakes, challenge incorrect premises, and reject inappropriate requests.” states the ChatGPT website. However, The charm and attractiveness that is impressing users is ChatGPT´s ability to mimic human language expressions while providing coherent information.

Public interest in the new AI chatbot comes with both excitement and concern at the possibility of bad actors taking advantage of ChatGPT. And when so, what about regulations and the future of this technology?

I sat with our CEO NimaSchei and asked him some of your questions.

-What’s the significance of ChatGPT? Why do you think it’s captured the public imagination the way it has?

In the simplest terms, ChatGPT is the marriage of two movies “AlphaGo” and “Her”: It benefits from the same intelligent superpower of AlphaGo, reinforcement learning, and Her’s superpower which is the human-machine interaction of language, human’s most powerful communication tool.

Reinforcement learning is a reward system that enables computers to continuously learn from their responses, and get better with each interaction. This exponentially decreases the learning curve of AI, making learning so fast and achieving higher intelligence in unbelievably short times. So this combination is extremely powerful in capturing human intelligence and helping AI to not only reach human intelligence but surpass it. ChatGPT and her successors will soon communicate with us so meaningfully, that bypasses our level of intelligence in language, the same way that in our evolution, we bypassed the communicational intelligence of other animals.

-What’s your sense of the possibilities of ChatGPT? Are there any dangers or risks you’re concerned about?

Now people are amazed to see a pink penguin on top of an iceberg, but they don’t see the tip of the iceberg, and they don’t see the whole iceberg! ChatGPT is very powerful, but it doesn’t stop here, it’s continuously improving, not in a linear way, but exponentially getting more intelligent with each interaction. Now it has some cute mistakes, but with every mistake it has, it gets one step better. The one million plus of us that downloaded it in 5 days with each interaction are contributing to it becoming better, and as it becomes more popular, more interactions mean more sophistication.

And at some point we will start seeing the iceberg; ChatGPT’s successors will become more intelligent than us the way that we are to other mammals. This is not in 40 years, it’s just a matter of a few years, most likely before the end of the decade. And at some point in the future, we might not even comprehend what these algorithms say, because it’s beyond our comprehension capabilities, the same way as reading Shakespeare to your dog.

-What are the most obvious applications of ChatGPT? A lot of people are talking about it replacing, say, Google Search. Does that feel resonant or even possible?

ChatGPT replacing Google Search is like replacing a silo of lemons with a farmer planting lemon trees that potentially becomes a lemon farm: it’s possible, but not probable in the short term. Google search has its advantages, specifically the amount of data they have, and the broader resources they have to collect data; yet ChatGPT has a superpower, creating human-level bilateral communication, which is exceeding Google search’s limitations in capturing human intelligence. ChatGPT’s conversational skills create a bond. Your personal ChatGPT-based assistant may know you better than anyone else, can become the closest person to you, and if designed in certain ways, can make a human so attached to herself that they will drop any relationship for AI.

The most immediate application is customer service/contact centers, replacing most of the agents, and reshaping the industry’s future. Media and entertainment are other areas that would be significantly impacted. Imagine an AI that can write better jokes, animations, and even art. These are exciting short-term applications. In the mid-term, it can be used as a personal assistant, with a shift towards ads and marketing. As an assistant, it potentially can collect the most amount of data from its users, way beyond any other platform, which is extremely profitable yet dangerous. It can predict your next decision even before you know you want to make a decision. Who wants that data? Marketers, advertisers, and for sure politicians, as we saw in Brexit and Cambridge Analytica. We should have considerations for the amount of personal data it can have access to before it’s too late. This will be critical for the future of humanity.

How Touchless Authentication Can Prevent Cyberattacks In Healthcare