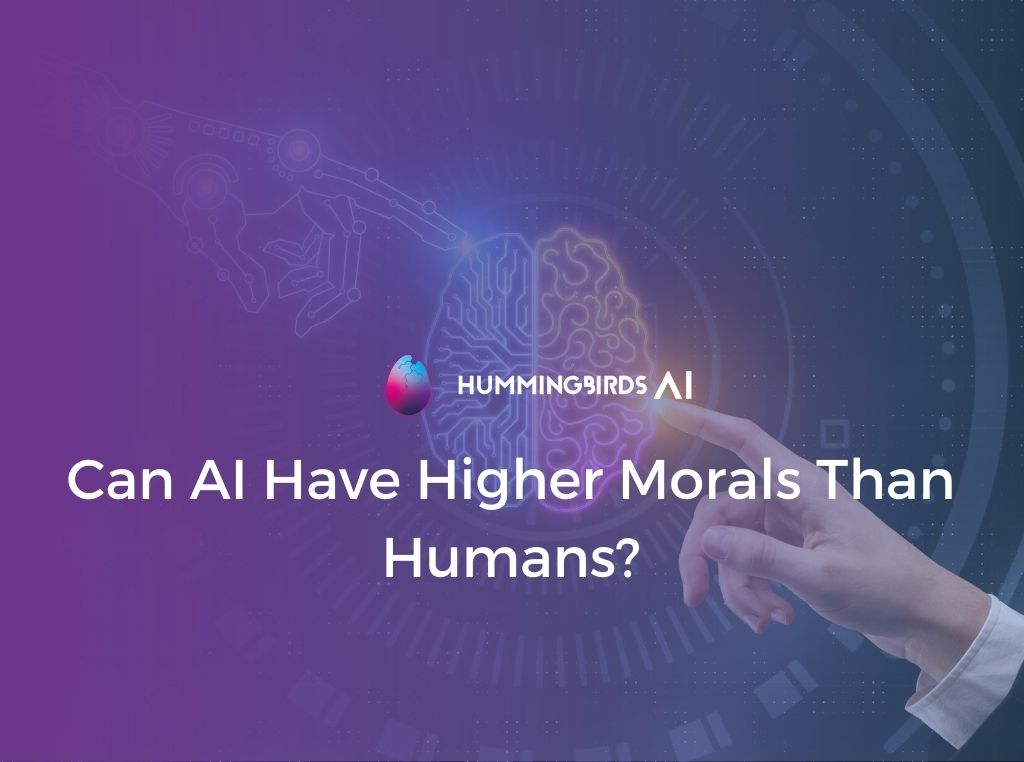 Can AI Have Higher Morals Than Humans?

Can Have Higher Morals Than Humans?

D.r Nima Schei and Dr. Hamed Tabkhi are AI-passionates and friends and they have been working together for quite a long time, discussing their views about life,  AI, consciousness, and if AI can Have Higher Morals Than Humans? all the things in between!

Nima Schei: Let’s say I’m an AI system and I’m driving and there is the possibility of an accident. What is my primary job? Protecting the life of my passengers or reducing the overall damage?

Hamed Tabkhi: I don’t have the answer. That is something that needs to be regulated. We need AI driving laws. That means to become a moral AI and different people have different moral values. So we need to have new regulations and laws that define AI and honestly I feel that’s great but it is also going to be a challenge. We need to add moral values to AI and for moral values and fairness, I’m not sure just a data-driven approach would be enough. What about if companies put their morals on top of regulations? Think about social media and social networks. They can come and regulate us but we don’t know what to do with the freedom of speech we want. And if your business model is to promote any speech, if it happens to be hate speech, obviously you are going to promote it because it’s our AI job. And that’s the next-level problem.

The final answer is coming with the combination of a data-driven approach and some rule-based or perhaps a graph-based AI that understands relationships and causation and can perhaps make more logical decisions. Many times I have felt both for public trust as well as for really understanding the limitations of an AI system that we need to find a way to explain and identify the boundaries of decision-making AIs so we can understand what the limitations of an AI really are, the limitations of deep learning and neural nets in general. And some of them are hard problems. I think we are moving into the second industrial revolution called the AI revolution, so we’re going to have a wave of electrification, with AI helping to save energy, but after that, the self-driving car is just gonna be a starting point. We are talking about augmented AI systems. There is a huge interest to use AI to at least prevent or mitigate some of the brain diseases that come up, especially with aging. Use AI to identify them as early as possible or even use augmented AI to mitigate them.

Dr. Hamed Tabkhe is Assistant Professor at the UNCC. He is the founder and director of the Transformative Computer Systems and Architecture Research (TeCSAR) lab.