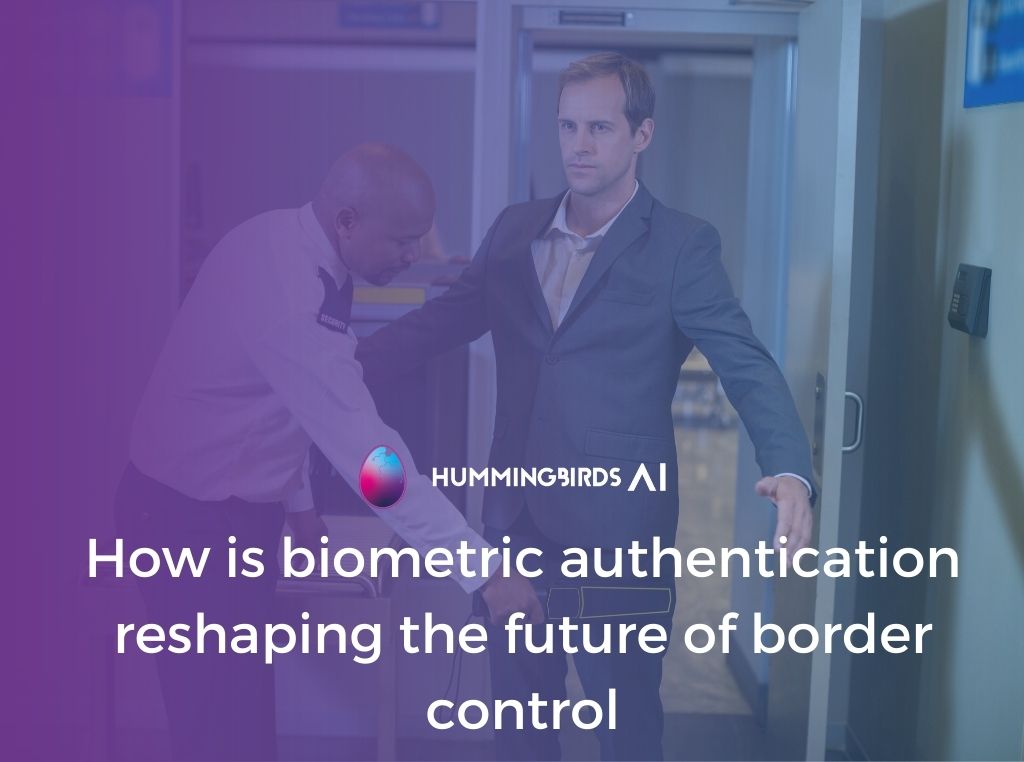 How is biometric authentication reshaping the future of border control

Such a moving industry as traveling is usually at the forefront of automation, influencing the way people move around the world and through countries. Former Deputy of the CBP and the promoter of the Global Entry Program, John Wagner, shares his insights on border control, smart border security and the future of authentication

Biometrics have played an important role in border security´s automation of processes, security and impostors detection, being the technology to authenticate travelers. With technology improving its capacities and services. Border control is, then, a sensitive area for any country, it is the pathway for regular immigration but also the gate for criminal activities to access the territory. Its protection, and the detection of all bad actors is one concern to go along with the security of all citizens getting in and out. The Customs and Borders Protection (CBP) is the agency responsible for keeping and feeding this fragile equilibrium, and John Wagner, its former deputy, was a key piece to move it into the future. Hand in hand with biometric technology, he was responsible for the transformation of the international air arrival process. He has been the force behind the enhancement of a passenger experience that articulates the increasing number of international travelers together with the highest security standards. As the promoter of the Global Entry program, Mobile Passport Control, and Automated Passport Control kiosks for international travelers, John Wagner is a reference in border security. As a member of Hummingbirds AI´s Advisory Board, we talked to him to find out about his insights in smart border security and the future of authentication.

“Biometrics brought the automation of processes into the traveling industry and made moving from point A to point B easier and faster, saving time and making border security agile for both the traveler and the government. This agility also reduced the amount of time travelers spend in the airport”, says Wagner. The deployment of biometric methods of authentication was done voluntarily: people had the choice to give their biometric information to benefit from faster and automated passport control. The picture in the passport is the biometric data compared to a picture of the ID of the traveler in the government database. This matching made authentication a one-step process that allowed the government to save time and resources which could be applied on detecting impostors and criminals. On people’s side, the benefits were obvious: they spent less time at the airport and this technology saved them the hassle generally experienced in an international airport. However, the government made sure that every step of the process be as transparent as possible, indicating how the biometric information is taken, how it is processed, why and by whom it is processed. Behind this there is the need to make people aware and safe with giving in their biometric information.

Privacy protection and compliance in relation to technology is a current concern among the general public but in the case of the CBP and its deployment of facial biometric technology, it didn’t seem to face obstacles in the general public. For Wagner, the reasons for this success can teach the industry: travelers always had the chance to opt-out, and special emphasis was placed on explaining every corner of the biometric data reach. This placed the decision to use biometrics in the travelers hand and when faced with the results, the decision was its acceptance. So is privacy a problem of the technology itself or of the way it is implemented? Sometimes a technology is created for a purpose and then depending on the hands where it lands, it is deployed differently. So technology needs to think about the public and its privacy but it is more about the regulations around the technology. Wagners point of view here is clear: these regulations should provide the public with the certainty of what is being done with their data, if it is being used by third parties and to what extent. In the end it is about the regulations and how they make sure to protect people’s data and its use.

In order to build trustworthy AI, companies are starting to realize that an unclear use of personal data is a privacy violation and people demand to know how their data will be used.  Technology can provide confidence to the eyes of both public institutions and society but they must remember to be clear in its process. That is exactly what the CBP applied as its policy:it made clear at every stage of the traveling process why the biometric was being required, and how it was going to be used. People had the choice and experienced the benefits, shorter lines, an easier and faster process from the beginning since they set foot on the airport till they got to the plane. And for usual travelers, it was worth it. When people receive the confidence, get all the information, and see the results, acceptance of the technology grows. That is the key, showing travelers they are using a technology they can trust along the way that is safe and protects them from others with criminal purposes at the same time.

Image-based authentication is widespread and proving a safe method. But it is true that just like the password seems to be on the way out, eventually image-based authentication could be replaced for a better and more precise way of authentication. In the case of border control, the passport comes with a picture, and a chip.  The chip holds the same information that is printed on the passport’s data page, that is the holder’s name, date of birth, and other biographic information. That information is accessed when there is no match between the picture and the government database. So just like impersonation and hacking techniques improve, so will the technologies to fight it. Therefore it is important that, just like it implemented biometric authentication to improve the traveling experience and the security of the passengers and the border, border control starts to think ahead and look for technology that pushes authentication at higher levels. In order to do so, biometric technology based on video and not a still image could be the next big change.

Solutions such as GuacamoleID represent this step forward because it is a facial biometric technology for authenticating access which, at the same time, performs real-time risk detection with a stepping up mechanism that uses video biometrics and local processing for user validation, information security, and privacy compliance. This app  performs user verification and proactive intruder detection by making sure there is always the right person behind any device with specific features that make it privacy-protective. Video-based technologies such as GuacamoleID push the face-verification algorithm to the limit by testing it at highly unrestricted environments that recreate all the identity verification contexts possible when it comes to light, physical environment, face attributes, camera angles and distancing,  making it more accurate than a still image and more resistant to any variation in the subjects or their surroundings. This is what allows for continuous face-verification. Easy to deploy and customizable as it is, it could perfectly fit the needs for authentication in governmental institutions beyond customs control: law enforcement agencies accessing databases as important as the CJIS need authentication with protection against unauthorized access at all times. This is the tool to do that for them.

Smart border control: the next generation of questions to answer

In border control, Wagner explains, the experience of preparing to get in and out of the country starts way before being at the airport, so technologies that keep simplifying the process from its very beginning will play a role just like everything that brings automation of processes at airports. Airports don’t need to grow bigger, they need to handle and move people more efficiently. So technology needs to provide efficiency to the whole process, starting from before getting to the airport. “Eventually there will be a synergy between government and the private sector and biometric technology will definitely play an important role”. If this can be done in a way that people feel safe, acceptance will increase. They don’t need to share everything but there are aspects both can share to improve the travelers experience and that can’t be done without technology.